I-Rock nightclub was founded in 1989 by three brothers Adam, Steve, and Ted who also formed a band American Jam when they were young kids.
When you enter The I-Rock it's a walk down memory lane. The walls are filled with Music memorabilia. Over the years they have been host to many National & Up and Coming bands such as Mitch Ryder & Detroit Wheels, Insane Clown Posse, Lamb Of God, Quiet Riot , Nazareth, A Flock Of Seagulls, Taproot, Dead Kennedy’s, Patti Smith, the list goes on & On.
Even The Ghoul has preformed at I-Rock. 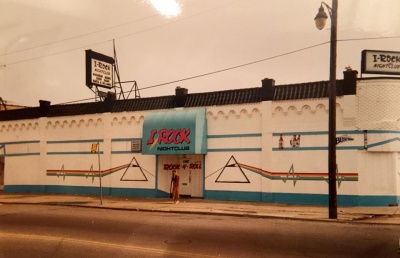